The Visual Evolution: Why We Love Video

Remember the wild, early days of communicating online? Email and chat rooms were all the rage……mostly because words were our online options. Images took FOREVER to load, and it was easier to just type our thoughts either with words, or cleverly crafted symbol emojis.

Times have changed. The internet has changed. Most importantly, WE have changed. In the early 2000s, selfies and pictures became THE way to show who you were. Cameras were on every phone, digital cameras were affordable for the masses, and internet speeds made sharing pics a breeze. With the introduction of sites like Pinterest and Instagram in 2010, we became a visual online society. The written word was only as good as the images accompanying it.

In the last five years, we’ve seen another big swing in the visual content world; VIDEO. Though it’s been around since 2005 (and owned by Google since 2006), it’s only been in the last several years that YouTube has become a force to be reckoned with. Early adopters have become major players and influencers, amassing huge followings and making millions of dollars. Technology has made it easier and easier to vlog and upload our daily lives, create our own content, and share it with the world.

Now, the pendulum is swinging again, as LIVE VIDEO begins to take more and more attention from its predecessors in the visual content space. Platforms like Snapchat, Instagram Stories/Live, Periscope, and Facebook Live have become essential for people looking to connect with their community. Entrepreneur and teacher Hillary Rushford of Dean Street Society has an entire class devoted to teaching people how to get comfortable with the camera and utilize live video for their business. Influencers, teachers, and brands alike are looking for the most authentic way to connect with their audiences in real-time. And users are absolutely hooked.

At Dream See Do, we saw the power of video early on. Our client partners made such incredible connections with the power of video, and we knew we wanted to keep that momentum going. We quickly incorporated live video into our teaching platform, and saw some amazing feedback from our clients using the feature. Learning is a social and interactive activity, and having the ability to use videos in their online classes made it easier for our clients to build their online communities and deliver the best and most engaging content.

And that’s what being online is all about, isn’t it? We all want to make the most of the connections we have, and the level of authenticity and intimacy that video affords us makes it the perfect medium for community building and connection. 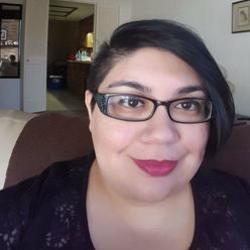 Cathy Tilton
We use cookies to help us provide you with a positive experience when you browse our site. By continuing to use our site, you consent to use our cookies. Learn More
Continue
×